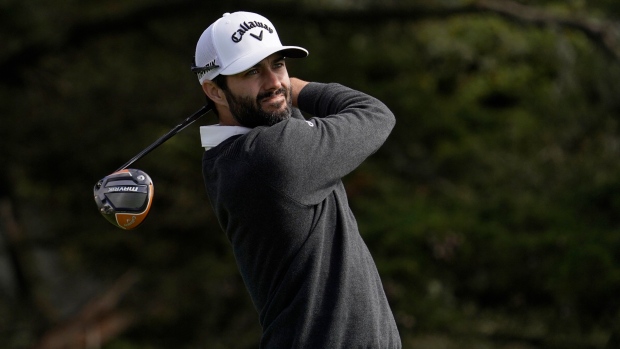 Adam Hadwin is getting tired of finishing back in the pack. The Canadian golfer ended up tied for 58th at the PGA Championship after a final-round 73 and expressed his exasperation at the state of his game.

"It was a pretty classic case of the way my season has gone," said a frustrated Hadwin of his play at TPC Harding Park this week. "I’m not hitting it well enough to get anything going. It’s extremely frustrating."

The top-ranked Canadian hit 28 of 56 fairways and 39 of 72 greens. Both those stats were good, but not necessarily great. He was also 40th in Strokes Gained: Putting, a statistical category where he has traditionally been among the best.

"I understand bad shots are going to happen but everything else is average and I’m not able to recover or get it up and down," he stated. "That means I have to be perfect. It’s too tough to do that all the time. Nothing in my game is really good, it’s just average."

Hadwin has only missed one cut so far this season but he also only has three top-10s. One of those was last September, the other in October. The third was at the Rocket Mortgage Classic last month when a final-round 67 gave him a tie for fourth. His best finish aside from those is a tie for 26th. He has finished 40th or lower in eight other tournaments.

After his second event of the season he was 44th in the Official World Golf Ranking but has slipped outside the top 60 after the PGA Championship.

"I had a great finish in Detroit but it was kind of a back door," expressed Hadwin. "I’ve never really been in contention all year. All I’m doing is playing well enough to make cuts."

The Abbotsford, B.C., product is headed to his home this week and will start the three-event FedEx Cup playoffs at the Northern Trust in Norton, Mass., in two weeks. He will also play the U.S. Open Sept. 17-20 and has a spot in the field at the Masters, Nov. 12-15.