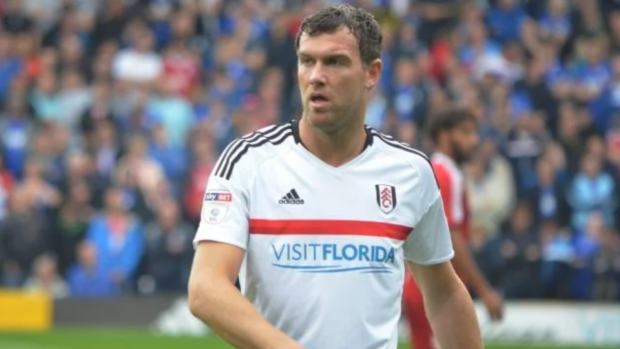 Kevin McDonald announced on Tuesday that he is set to undergo a kidney transplant.

The 32-year-old Fulham midfielder, who hasn't played this season due to his kidney ailment, says that the surgery could end his career.

"Football has been great but this needs to take over," McDonald told the club's website. "I want to get it done now, make sure everything is right and come back from it and live a normal life again."

Unable to play, McDonald has been serving in a coaching role for the team's U-23 and U-18 sides this season. He's hopeful of resuming his playing career after the surgery, which will require a three-month recovery period, but is being realistic about his prognosis after his condition deteriorated in recent months.

"I'm 32 and I could probably play until I'm 35," McDonald said. "The Premier League is probably too fast, but I know where I am in my career. Will I want to play football? Will I be ready physically or mentally or do I go down the coaching route? I won't know until I get the operation done and see how I will feel."

A native of Carnoustie, Scotland, McDonald began his career with Dundee United before jumping to England with Burnley in 2008. Loan moves to Scunthorpe United and Notts County followed before a transfer to Sheffield in 2011. He signed for Wolves in 2013 and signed for the Cottagers three seasons later.

In four seasons with Fulham, McDonald has made 127 appearances across all competitions, including 15 in the Premier League.

After COVID-related delays, McDonald hopes he can finally undergo surgery in April.

"I prepared my whole career knowing a transplant was the end goal," McDonald said. "We wanted it to happen after football, but the way recent test results have gone, it's going to be quicker than that. I could hold on and have dialysis four times a week to finish my career, but there comes a point when certain things just have to be done. There are so many benefits for me to have a living donor and I owe my life to them."