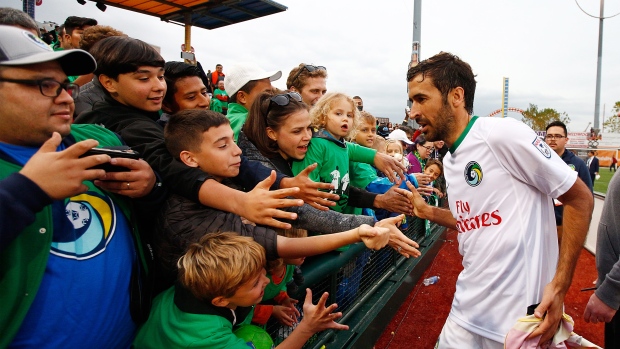 HEMPSTEAD, N.Y. - Gaston Cellerino supplied all the offence for New York as the Cosmos downed the Ottawa Fury 3-2 on Sunday to win the North American Soccer League title for the second time in three seasons.

Cellerino opened the scoring for New York in the eighth minute and the match stayed 1-0 until the 70th minute when Tom Heinemann responded for Ottawa.

It didn't take long for the Cosmos to regain the lead as Cellerino found the back of net only two minutes later. The Argentine forward completed his hat trick with another goal in the 85th.

Heinemann scored his second goal of the match in the 90th minute to make it 3-2.

The Fury, who entered with a 12-match unbeaten streak on the road and just one loss in their last 26 outings, were forced to play to the final whistle a man down after Mason Trafford was red carded in the 68th minute for stomping New York's Danny Szetela.