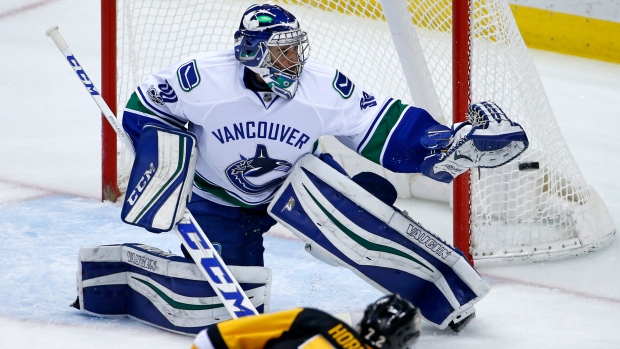 Goaltender Ryan Miller has signed a two-year, $4 million deal with the Anaheim Ducks.

Miller spent the past three seasons with the Vancouver Canucks after signing a three-year, $18 million contract with the team ahead of the 2014-15 season.

The 36-year-old finished with an 18-29-6 record, 2.80 goals against average, and .915 save percentage with the Canucks last season, splitting time with Jakob Markstrom.

The Michigan native is in his 13th NHL season, split between the Canucks, St. Louis Blues, and Buffalo Sabres. Miller has a career 2.61 goals against average and .915 save percentage.