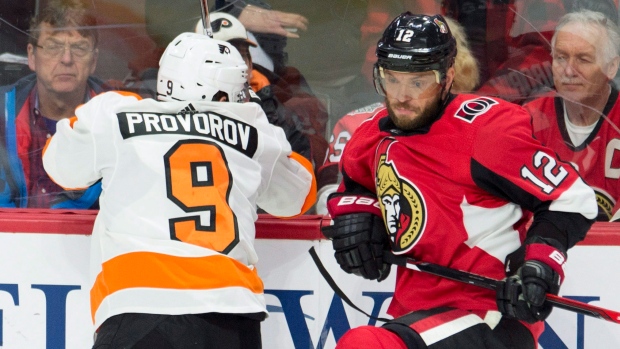 Ottawa Senators forward Marian Gaborik has been ruled out for the remainder of the season due to a back injury.

Senators head coach Guy Boucher said Wednesday Gaborik was in Los Angeles visiting a specialist, but he had no update other than that Gaborik would miss the team's final three games.

Gaborik posted the same update to his Twitter page on Tuesday.

Just sucks that I couldn’t finish the season with @senators. On my way to LA to see the specialist. Hoping for some encouraging news. Will keep you posted. pic.twitter.com/z0GNPDV5WY

Acquired from the Los Angeles Kings for Dion Phaneuf in February, Gaborik has not played since Mar. 22. He had four goals and seven points in 16 games with the Senators, for a total of 11 goals and 21 points in 46 games on the season.

The 36-year-old is considered a buyout candidate this off-season with three seasons left on his contract at a $4.875 million cap hit.