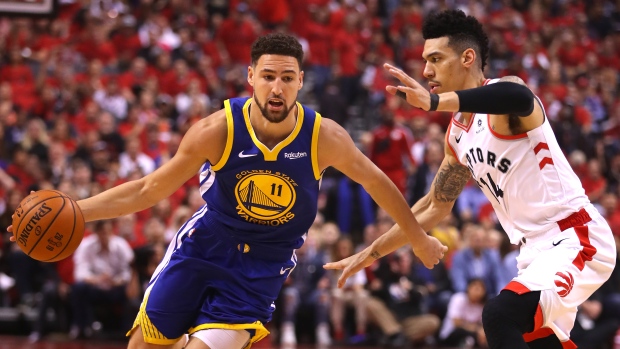 – More than 10 million unique Canadian viewers watched Warriors’ 109-104 win over the Raptors on Sunday –
– Game 2 ranks as the second-highest English-language sports broadcast of both the broadcast and calendar years, behind only the SUPER BOWL –
– TSN was the most-watched network in Canada on Sunday, ahead of all conventional networks, and Game 2 was Canada’s #1 program of the day –

TORONTO (June 3, 2019) – With their first-ever trip to the NBA FINALS, the Toronto Raptors continue to set audience records on TSN, as preliminary data from Numeris confirms that Sunday night’s Game 2 against the Golden State Warriors attracted an average audience of 4.3 million viewers on TSN, CTV2, and RDS, making it the most-watched NBA game on record in Canada.

More than 10 million unique Canadian viewers tuned in to watch some part of the game. Audiences peaked at nearly 6 million viewers at 10:44 p.m. ET in the game’s final minute as the Warriors secured the 109-104 victory.

All eyes were on the Raptors on Sunday, as Game 2 ranked as the #1 program of the day, and TSN was the most-watched network in Canada, ahead of all conventional networks. The game ranks as the second-most-watched English-language sports broadcast of both the broadcast and calendar years, behind only the SUPER BOWL.

In Toronto, the game had a share of 68% on TSN and CTV2, meaning that more than two thirds of all people watching television in Toronto on Sunday night were tuned in to the game.

The Raptors continue to break all-time audience records during this unforgettable season, having broken the record for most-watched regular season NBA game with DeMar DeRozan’s emotional return to Toronto on TSN.

With the series deadlocked at one game apiece, the Raptors head to California for the next two games, including Friday’s Game 4 on TSN, with SPORTSCENTRE’s Raptors Pre-Game beginning at 7 p.m. ET on TSN (the network’s NBA FINALS broadcast schedule is available here). TSN’s Toronto Raptors coverage is available for live streaming and on-demand viewing to TSN and TSN Direct subscribers via TSN.ca/Live and the TSN app.