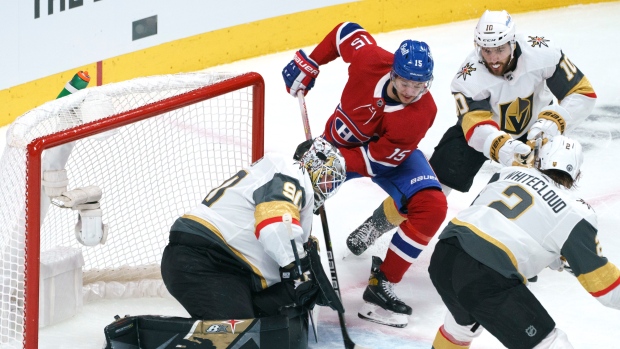 Paul Byron's goal at 18:55 of the second period has the Montreal Canadiens up 1-0 over the Vegas Golden Knights heading into the third period of Game 4.

The goal was assisted by Nick Suzuki.

The Canadiens will start the third period on the power play after Alec Martinez was whistled for interference late in the second period.

Shea Weber and Tomas Nosek were called for offsetting minor penalties for unsportsmanlike conduct. Suzuki was also called for hooking on Martinez.

The Canadiens lead the way in shots with 20 to Vegas' 12.