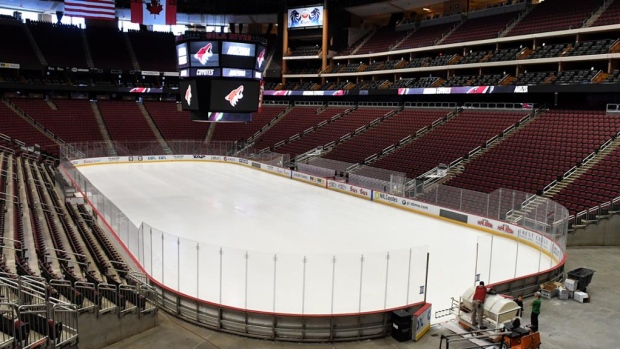 NHL commissioner Gary Bettman downplayed any potential issues with the Arizona Coyotes when he spoke with the media after the second day of Board of Governors meetings in Florida.

Bettman says there’s no issue with the Arizona Coyotes. Downplayed the concerns. “The Coyotes aren’t going anywhere,” Bettman said addressing rumours of the team moving to another market.

"The Coyotes aren't going anywhere," Bettman said in addressing rumours of the franchise moving to another market.

His response comes a day after the Coyotes paid off its overdue taxes and bills after receiving word from the city of Glendale that they were going to lock out the team from Gila River Arena if outstanding debts for the arena were not paid.

The Coyotes have occupied Gila River Arena since 2003. They previously shared America West Arena with the NBA's Phoenix Suns from from 1996-2003.