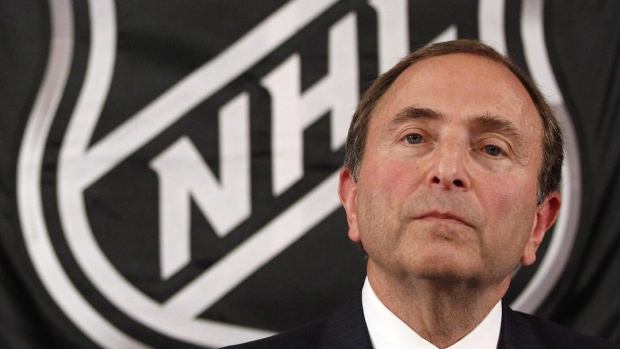 MANALAPAN, Fla. — NHL commissioner Gary Bettman says concerns over "a whole host of issues" regarding the league's participation at the Beijing Olympics remain with less than 60 days until the opening ceremony.

The NHL still doesn't have clarity on what will happen if a player tests positive for COVID-19 in China, including the length of a potential quarantine and if the individual will be allowed to leave the country.

Speaking at the conclusion of the league's board of governors meeting earlier today, Bettman said there have always been worries about the disruption to the schedule.

But he reiterated the NHL made an Olympic commitment to its players when the collective bargaining agreement was signed ahead of the resumption of the pandemic-delayed 2019-20 season.

Bettman said the NHL's concerns about the Olympics have been magnified by COVID-19, but ultimately the NHL will honor its commitment to the players to go to Beijing if that's what they want to do.

Deputy commissioner Bill Daly clarified the league could pull out of the Games at any point because of COVID-19, but Jan. 10 is the deadline to nix the plan without financial penalty.

He added the Beijing organizing committee was supposed to release the latest version of its athlete playbook in the last week, but that document has still yet to be provided.

Bettman was also asked about issues regarding the Games apart from COVID-19, including heightened political tensions between China and the West, human rights abuses and allegations of genocide.

"Ultimately, this is going to have to be a players' decision, unless we jointly agree with the (NHL Players' Association) to the contrary," Bettman said. "And so that's why, for all the reasons (provided), I am concerned.