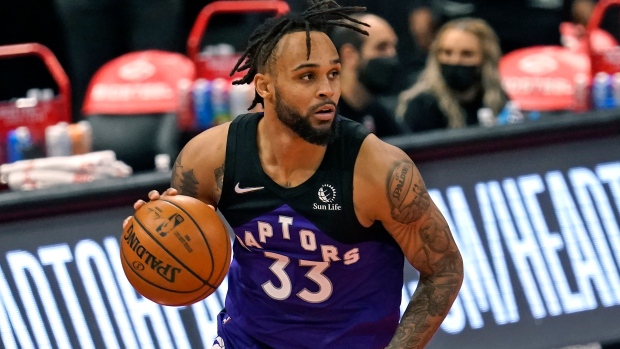 The Raptors acquired Trent from the Portland Trail Blazers back before March's NBA trade deadline in a deal for guard Norman Powell, and Trent averaged 16.2 points per game over 17 games to close out the regular season for Toronto as it played out the string in Tampa, Fla.

Trent, 22, now will likely slot into the spot vacated by Kyle Lowry, who is off to Miami to play with the Heat, as the starting guard alongside Fred VanVleet in Toronto's backcourt.

A second round pick, No. 37 overall, by Portland in the 2019 NBA Draft after playing one season at Duke, Trent is the son of nine-year NBA veteran Gary Trent, and is a career 39 percent 3-point shooter across 134 NBA games with Portland and Toronto.

Toronto now will continue to re-tool its roster in the wake of Lowry's departure, and after drafting forward Scottie Barnes with the No. 4 overall pick in last week's NBA Draft.