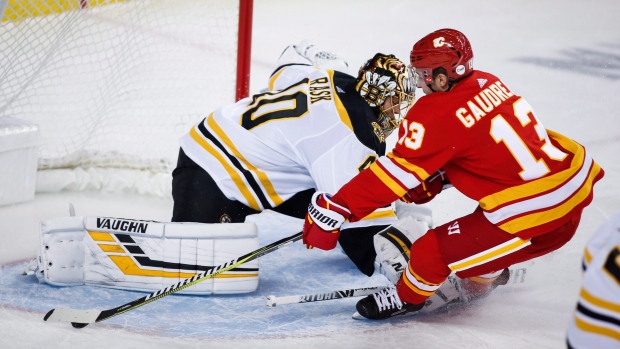 Calgary Flames forward Johnny Gaudreau crumpled after taking a high hit from Bruins defenceman Charlie McAvoy in the third period of a 5-2 win over Boston.

Gaudreau played another shift, but the winger was then pulled from the game for concussion protocol. Flames head coach did not have an update on Gaudreau's status after the game.

"(Flames trainer Kent Kobelka) comes down and says, ‘Johnny’s gotta go. The spotters have called for him.’ That’s all I know," Peters said. "Hopefully it’s nothing. Hopefully, it’s minor. But we’ll see."

Gaudreau also collected his 100th NHL career goal in the contest before leaving the game.

The 25-year-old has three goals and six assists in six games so far this year.