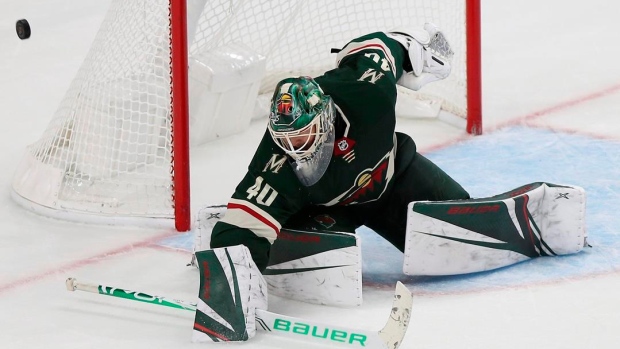 Minnesota Wild general manager Bill Guerin was blunt his assessment of the team's goaltending this season, stating he was "disappointed" in the play of Devan Dubnyk and Alex Stalock.

"No, the hierarchy's not clear," Guerin said Tuesday, per NHL.com. "Whoever's playing well is going to play. I was disappointed in the goaltending this year. Al had a tremendous year and Devan had an off year, and it needs to be better. That's just the way it is. And if I told you anything different, I'd be lying to you. It was not a strong point for us.

Dubnyk, 34, had a 12-15-2 record during the regular season with a career-worst .890 save percentage and a 3.35 goals-against average. A three-time All-Star, Dubnyk is set to enter the final season of his current contract later this year and carries a $4.33 million cap hit.

Rookie Kaapo Kahkonen made five starts during the regular season, going 3-1-1 with a .913 save percentage and a 2.96 goals-against average. Guerin noted that he expects the 23-year-old to push for a roster spot next season, but made no promises to keep the current group intact.

"If I have an opportunity to make it better, I will," Guerin said. "But I'm also confident if those guys come back that they're going to be battling for a spot and we've got Kaapo Kahkonen pushing. It just has to be better … flat out. So I can't promise anybody a spot. ... Next year is next year and we're going to be better."

The Wild finished the regular season 10th in the Western Conference and, with their qualifying round loss, missed the playoffs for the second straight season.