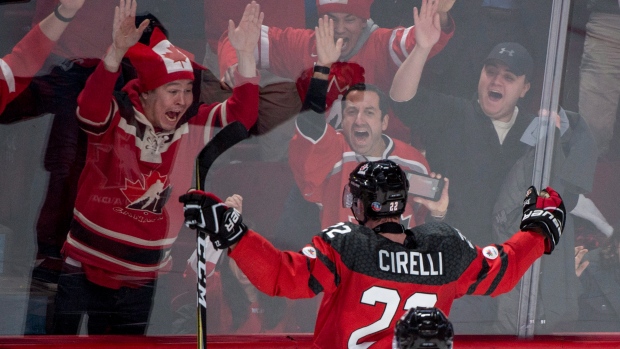 Cirelli, a third-round pick of the Tampa Bay Lightning in 2015, has 13 goals and 34 points in 26 games with the Generals this season and joins a stacked Erie lineup that includes NHL prospects Alex DeBrincat, Taylor Raddysh, Erik Cernak and Dylan Strome.

Cirelli also represented Canada at the World Junior Hockey Championship, helping lead the team to a silver medal. He was named one of Canada's top three players and impressed Strome.

"He's just the hardest worker on the ice," Strome said after Cirelli's two-point performance in the semifinals. "I mean, it’s pretty easy to see. Obviously, he's a winner. He won the Memorial Cup. He scored the two goals in the  (2015) Memorial Cup.

"He was passed over in the (OHL) draft. He came from, really, nowhere. I played against him in minor midget and didn't even know who he was. He was on the 11th place team and I didn't really hear about him and then, all of a sudden, he's playing for Oshawa. We were all, 'Who is this guy?' He just works hard and has proven everyone wrong. He's the hardest worker and it really shows. You need to have guys like that on your team if you'e even going to have a chance to win."

McShane has seven goals and 16 assists for 23 points in 33 games this season.