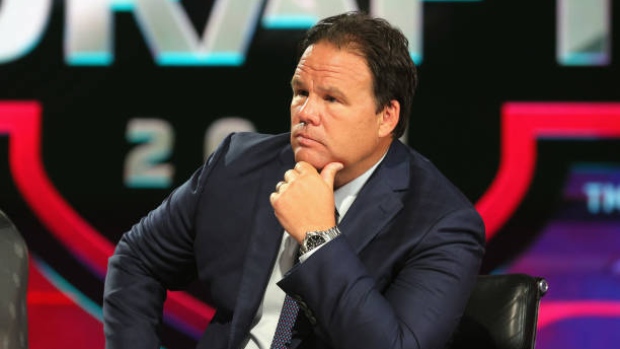 Molson said Gorton will work in tandem with a yet-to-be-hired general manager to guide the organization after general manager Marc Bergevin was fired on Sunday. He noted it will be among the responsibilities of the duo to handle all decisions regarding the team's coaching staff.

#Habs Molson says Jeff Gorton’s contract is longterm and that he will be one of two individuals (in tandem with the yet-to-be-hired GM) who will guide the organization.

As for the timing of the change, Molson said he waited for Bergevin to recover from contracting COVID-19 earlier this month and added Bergevin understood the reasoning for why the move was made.

#Habs Molson says he waited until Bergevin was over his COVID-19 before dismissing him, adding that Bergevin understood the owner’s reasoning for being fired when they spoke on Sunday.

Molson said the next general of the Canadiens, who the team said Sunday must be able to communicate in both English and French, could potentially have no previous experience as a general manager in the NHL. He noted that Bergevin had not previously held the title of general manager when he was hired in 2012.

Gorton previously served as general manager of the New York Rangers from 2015 to 2021 before being replaced by Chris Drury in May. He served as Rangers’ assistant GM for four seasons prior to his promotion to GM.