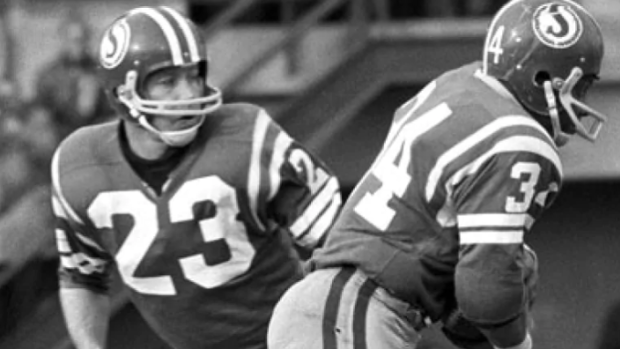 One of the Canadian Football League’s all-time best backfields of quarterback Ron Lancaster and running back George Reed highlight CFL2020’s All-Time Saskatchewan Roughriders roster. The duo played together in Saskatchewan from 1963 to 1975 and led the Roughriders to their first Grey Cup win in 1966. Lancaster would play a further three seasons in Saskatchewan until 1978.

Reed and Lancaster are also still amongst the CFL’s all-time statistical leaders in a number of categories.

Reed, a nine-time league all-star and 1965 Most Outstanding Player, holds the record for most rushing touchdowns all-time with 134, and is tied for second in all-time offensive touchdowns with 137, 10 behind Milt Stegall’s record of 147.