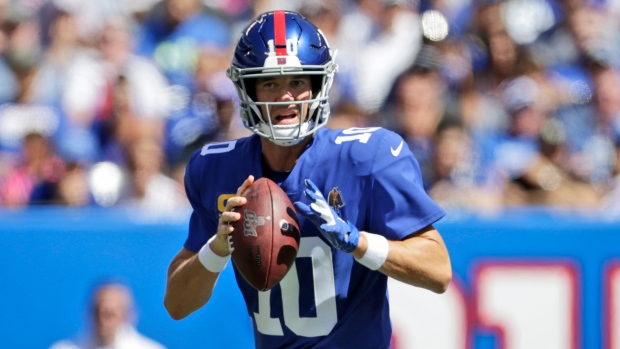 New York Giants veteran Eli Manning will return to the lineup behind centre for Monday Night Football against the Philadelphia Eagles, the team announced on Saturday.

Rookie Daniel Jones has been the starter since Week 3, but will miss the contest due to a high ankle sprain suffered against the Green Bay Packers last weekend.

Manning started the opening two games of the regular season, losses to Dallas and Buffalo.

Coach Pat Shurmur decided after the loss to the Bills to replace the two-time Super Bowl MVP with Jones, who then led New York to two straight wins. The Giants have lost their last eight and are a loss shy of tying the franchise record for consecutive losses, set in 1976.

“He looks good,” offensive co-ordinator Mike Shula said about Manning. “He’s had a good week. He always has a good look in his eye. He’s been great for me, as a coach, to be around. I’ve learned a lot from him. I look forward to watching him on Monday night.”

The 38-year-old Manning is in his 16th season in the NFL.