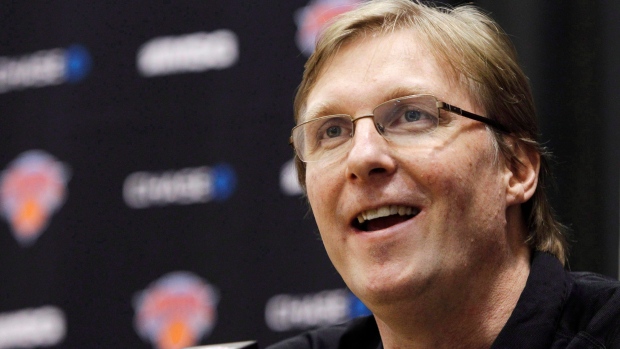 Canada Basketball announced Wednesday that Glen Grunwald will be retiring as President & CEO, with Michael Bartlett succeeding him starting on October 1.

Grunwald will remain in the organization as Executive Advisor for Basketball Operations and will continue to lead efforts to build a national training centre.

“The last three years with Canada Basketball have featured some of the most rewarding and impactful moments of my career, thanks in large part to all the passionate people who are deeply invested and committed to seeing the game continue to grow,” he said in a statement. “From the staff at Canada Basketball to the dedicated members of our PTSOs across the country and everyone involved in the game in between, I know the future of our sport is in great hands."

Grunwald first came to Toronto to help launch the NBA's Raptors in 1994 as VP Legal Affairs and Assistant General Manager and later became General Manager from 1997 to 2004.

He joined the New York Knicks in 2006 and spent the next seven years there, including the last two as Executive Vice-President and General Manager.

Prior to joining Canada Basketball in October 2018, Grunwald spent the previous four years as Director, Athletics and Recreation at McMaster University before stepping down to accept a consulting role with the Memphis Grizzlies, a position he will continue to hold going forward.

Bartlett joined Canada Basketball as Chief Operating Officer in March, after working ten years in a variety of roles with Maple Leaf Sports & Entertainment (MLSE), including most recently as the Vice President of Community Affairs & Events.