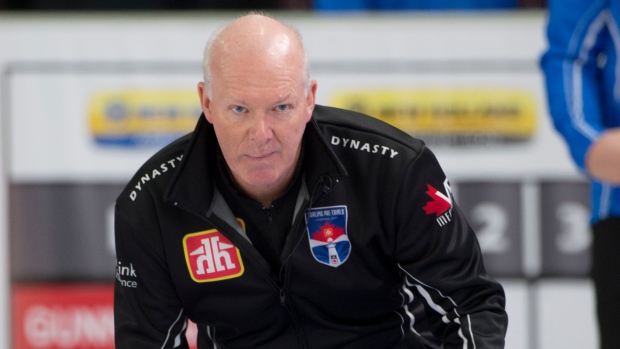 Glenn Howard won't be skipping his own rink at the Tim Hortons Curling Trials in Saskatoon later this month, but he will be in attendance as an alternate for John Epping's rink out of Toronto.

Team Epping made the announcement on Twitter Monday night.

🚨🥌 TEAM ANNOUNCEMENT | We are beyond excited to announce that Glenn Howard will be joining Team Epping as our 5th man for the Canadian Olympic Curling Trials.

"We are grateful for Glenn's positivity, incredible experience and knowledge of the game to boost our team in an event we've been preparing for that last two years," Team Epping said. "Being a current legend and one of the most decorated curlers of all-time, his resume speaks for itself! Thank you Glenn for being a massive part of our team in such an important time."

The 59-year-old Howard was a win away from qualifying for the Trials, but lost to Tanner Horgan in the B-final at the Home Hardware Curling Pre-Trials in Liverpool, N.S., on Halloween. This was the second Trials run in a row that ended in heartbreak for Team Howard as four years earlier, Howard lost the last Trials qualifier to Brendan Bottcher.

"I am humbled and honoured to have the chance to work with Team Epping," Howard said in a Tweet Monday night. "Great curlers and more importantly great guys. Can’t wait to get this show on the road. Thanks so much for the opportunity."

I am humbled and honoured to have the chance to work with Team Epping. Great curlers and more importantly great guys. Can’t wait to get this show on the road. Thanks so much for the opportunity. Also can’t wait to work with Jim Wilson aka Rock Bottom. #2021OlympicTrials https://t.co/K8BocqTcSp

This will be Howard's sixth appearance at the Olympic Trials and first as an alternate. His best finish came in 2009, losing to Kevin Martin in the final. Howard is a four-time Brier and world champion.

Epping, meanwhile, will compete in his third straight Trials as a skip. The 38-year-old finished last in both 2013 and 2017, picking up a total of three wins.