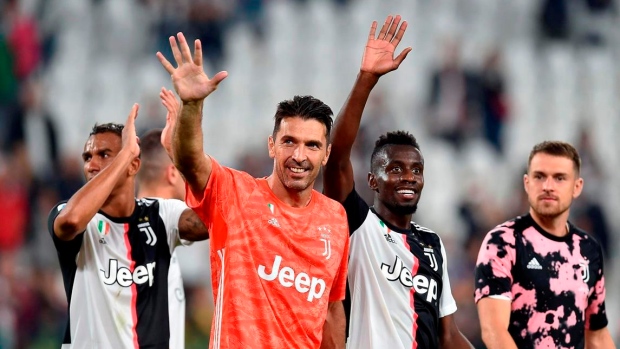 Gigi Buffon's Juventus career is coming to an end.

The World Cup-winning goalkeeper and club icon confirmed on Tuesday that he will be departing the club upon the expiration of his contract at season's end.

"We have reached the end of a cycle and so it is right for me to take my leave," the 43-year-old Buffon told beIN Sports. "This beautiful and very long experience with Juve will come to a definitive end this year."

Buffon has made 12 appearances across all competitions this season as back-up to Wojciech Szczesny.

A native of Tuscany, Buffon first joined the Bianconeri in a £47.6 million move from Parma in 2001.

Buffon's 683 career appearances for the club are second-most all-time behind only Alessandro Del Piero's 705. His 308 clean sheets are a club record and his 656 Serie A appearances are a league record.

With Juve, Buffon has won 10 Serie A titles and four Coppa Italia crowns with a potential fifth on the way when the Bianconeri take on Atalanta in the 2021 final on May 19.

This will be Buffon's second exit from the club. He briefly joined Paris Saint-Germain in 2018 before returning to Torino the following season.

"Either I stop playing, or if I find a situation that motivates me to play or have a different life experience, I will take it into consideration," Buffon said. "I feel I gave everything for Juve. I have received everything and more than this cannot be done."

Internationally, Buffon was capped 176 times and backstopped the Azzurri to the 2006 World Cup title. He retired from international football in 2018.