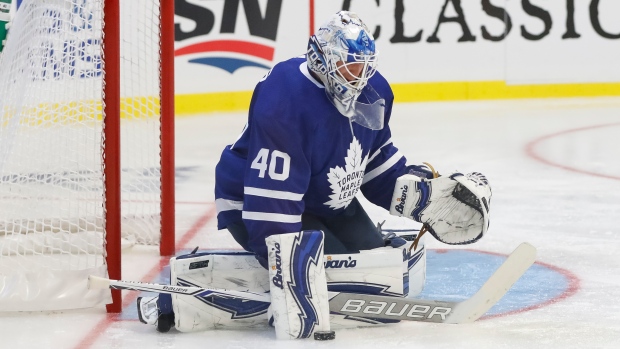 The Orlando Solar Bears announce they have agreed to terms with goaltender Garret Sparks on a deal for the 2020-21 season.

The 27-year-old netminder spent the 2019-20 season under contract with the Vegas Golden Knights, playing mostly for the AHL's Chicago Wolves. He had a goals-against average of 2.75 and a save percentage of .908 in 26 AHL games.

Prior to his time with VGK, Sparks played several seasons with the Toronto Maple Leafs organization and appeared in 37 games total with the Leafs. Sparks has a 3.10 GAA and .897 save percentage over parts of three NHL seasons.

A native of Elmhurst, Ill., Sparks was selected in the seventh round (No. 190 overall) by Toronto in the 2011 NHL Draft.