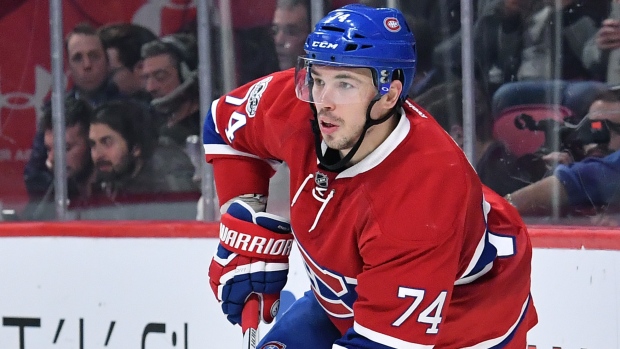 The Vegas Golden Knights have sent defenceman Alexei Emelin to the Nashville Predators for a third-round pick in 2019.

We have traded defenseman Alexei Emelin to @PredsNHL in exchange for Nashville's third-round draft pick in 2019.

The Golden Knights will retain just under $1.2 million of Emelin's salary in the deal, according to TSN Hockey Insider Pierre LeBrun.

Vegas retained just under $1.2 million of Emelin's salary in the trade with Nashville

Vegas selected Emelin from the Montreal Canadiens in the expansion draft last month.

The 31-year-old scored two goals and added eight assists in 76 games with the Habs this season. He had one goal in two playoff games.

A veteran of 380 career games, Emelin owns a $4.1 million cap hit next season in the final year of his four-year contract.

TSN Hockey Insider Bob McKenzie adds that he doesn't believe the Emelin deal means the Preds are any closer to getting a deal done with the Colorado Avalanche for Matt Duchene.

FWIW, and obviously things can change in a moment, I do not sense NSH got close on a Duchene deal with COL and aren't close now.