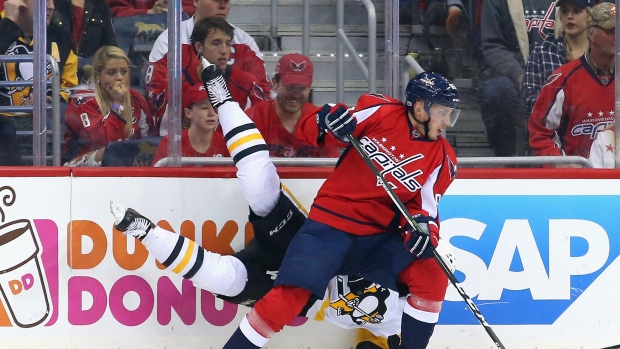 LAS VEGAS — The Vegas Golden Knights have signed Nate Schmidt to a two-year, $4.45 million deal after claiming the defenceman from Washington in the expansion draft.

The Golden Knights announced an arbitrator's decision on the contract Saturday night.

Schmidt scored 17 points in 60 games for the Capitals last season before scoring four points in 11 playoff games. The 26-year-old Minnesota native was among the most valuable players acquired by the Golden Knights during the expansion draft in June.

Schmidt initially signed with Washington as an undrafted free agent out of the University of Minnesota in 2013. He has played parts of four seasons in the NHL, the last two exclusively.