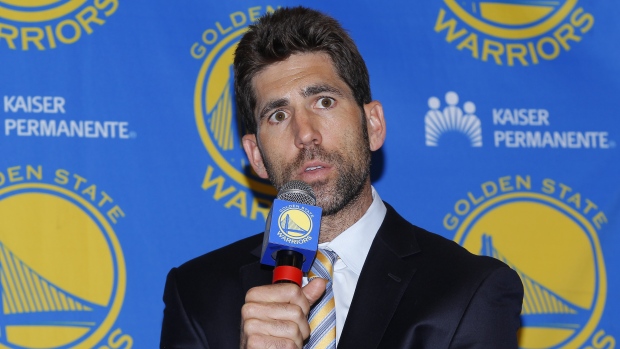 The Golden State Warriors are delaying their first training camp practice after it was revealed two players on their roster tested positive for COVID-19, general manager Bob Myers announced on Tuesday.

The first practice was scheduled for Sunday, but is now slated to happen on Monday.

Tuesday marks the first day of individual workouts across the NBA with group practices beginning on Dec. 6. The preseason kicks off on Dec. 11 with opening night scheduled for Dec. 22.

Aside from the Toronto Raptors, who will play their home games in Tampa Bay to start the season, the NBA plans on using home arenas this season after finishing off the 2019-20 campaign in a bubble at Walt Disney World.