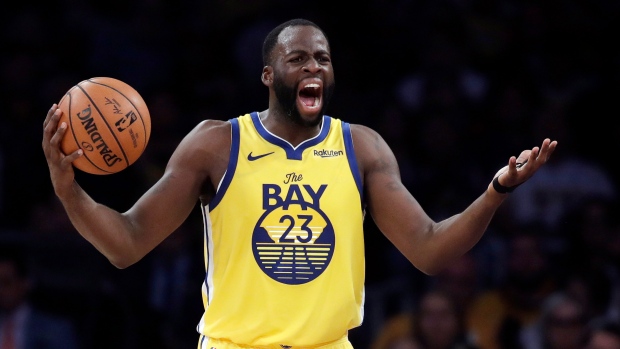 The NBA has fined Golden State Warriors star Draymond Green $50,000 for violating the league's anti-tampering rule after making comments on Devin Booker leaving the Phoenix Suns while working as an analyst for TNT on Friday.

Green, 30, praised Booker for playing well since the NBA restarted its season, but said he should leave the Suns to help his career progress.

"As announced prior to the start of the 2019-20 season, the NBA has adopted a stricter enforcement approach for conduct relating to tampering, salary cap circumvention, and free agency timing rules, including with respect to the rule prohibiting player-to-player tampering," the NBA said in a statement.

Phoenix is the only undefeated team left in the Walt Disney World bubble, having won five straight games.