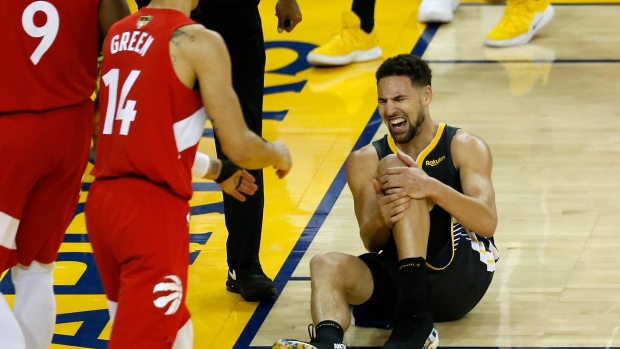 Thompson, who reportedly will sign a five-year, $190 million contract with the Warriors, tore his ACL in Game 6 of the NBA Finals.

The 29-year-old guard averaged 21.5 points per game, 3.8 rebounds, and 2.4 assists throughout the course of the 2018-19 regular season with the Warriors. The Washington State University product has shot 41.9 per cent from beyond the arc in his career.

Thompson has spent the last eight seasons with Golden State after being selected 11th overall in the 2011 NBA Draft. In his career, he has five all-star appearances and three NBA championships.

Thompson has averaged 19.5 points and 3.5 rebounds over his career.