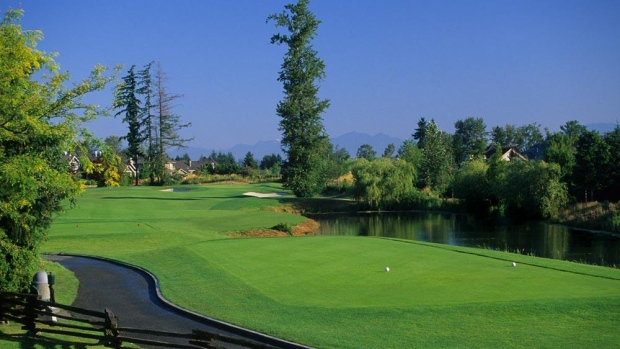 Golfers in two provinces are rejoicing after their provincial governments announced they could hit the links.

The two join British Columbia, which never instituted a regulated closure for its courses, as the three places in Canada where you can tee it up.

For the New Brunswick golf community, the news came as a surprise when premier Blaine Higgs made the announcement during a press conference on Friday.

In addition to golf courses, parks and beaches in the province were also opened. New Brunswick hasn’t had a new case of COVID-19 since April 17.

“We had a gut feeling we might get the go-ahead,” said Tyson Flinn, the executive director of Golf New Brunswick, “but it was just that. We really didn’t know this was going to happen but it’s welcome news.”

In Saskatchewan, an effort was in place to make the provincial government aware of how the golf industry might be able to offer a relatively safe activity and it was obviously heard.

“We know the safety and health of everyone involved is the most important aspect and so it was nice that we are a part of phase one of the re-opening,” said Brian Lee, the executive director and chief executive officer of Golf Saskatchewan said. “It’s good for the sport.”

For golf courses, the news is a welcome relief although it means putting operational plans into place in a hurry.

“It’s extremely exciting,” said Zach Rodrigue, the head professional at The Algonquin Golf Course in St. Andrews by-the-sea, N.B. “I had about 50 phone calls during the premier’s press conference from people looking to book a tee time.”​

In Dieppe, N.B., Fox Creek GC has even seen a small growth in membership sales with golf being one of the only sports currently available to play.

“You can’t really play anything else right now,” said Eddie Arsenault, part of the management team at the facility. “I think people are looking for a sport where they can get outside.”

The easing of restrictions in both provinces coincides with the traditional spring opening times. Even though it can open immediately, Fox Creek will wait until May 15 to get the course in shape after the winter.

The Algonquin, however, will welcome its first golfers on Wednesday. But it will be with a lot of precautions in place.

The province has issued a lengthy list that must be followed to ensure the safety of golfers and staff.

“We’re going to have 20 minute [tee-time] intervals, only online or phone booking, and for the first while it will be members only,” said Rodrigue, who was laid off for a month before being called back to work last week.

Currently the golf staff is made up of Rodrigue and the course superintendent, who has been trying to do all he can to prepare for the Wednesday opening.

Flinn stated that with the suddenness of the announcement, he’s been going back and forth with the province to get answers on just what can and can’t be done.

“There’s certainly a sense of excitement that golf has returned,” he said, “but there’s also a bit of apprehension as to the number of restrictions and what the operation is going to look like.

“Safety is the top priority for everyone.”

Golf New Brunswick sent a number of requests for clarification to the provincial government on Friday and a second three-page list of questions went in on Monday.

In Saskatchewan, the province has set out rules for play such as elevated cups so balls won’t fall into the hole, no removing pin flags, washroom facilities on the course will remain closed and no golf club or pull-cart rentals will be allowed. Like New Brunswick, tee times will be every 20 minutes.

“It going to be a bit of a different year, that’s for sure,” stated Rodrigue. “We are probably going to be one of the first courses to open and so we’ll sort of be pioneers in keeping things safe.”​

For operators in the Atlantic province, the news couldn’t have come at a better time. This time of year is also when many bring in a significant portion of their season’s revenue. With the last two seasons having poor weather in May, a third lost spring would have been very tough on some facilities.

But players from other parts of Canada hoping to take advantage of the opening will have to wait. New Brunswick has essentially closed its borders to outsiders.

In the rest of Canada, courses remained close under provincial government orders. In Ontario and Alberta, online petitions have garnered 10,000 and 52,000 signatures respectively with players believing the sport can be played while adhering to social distancing rules.

That’s been the case in much of the United States. According to the National Golf Foundation, a non-profit association that acts as a resource to promote the sport, 58 per cent of golf courses in the United States are open.

By mid-May, the foundation expects another 10 per cent of courses to be open for play. Much of that comes from Minnesota, Wisconsin, Michigan and Illinois, where restrictions have recently, or will soon be, lifted.