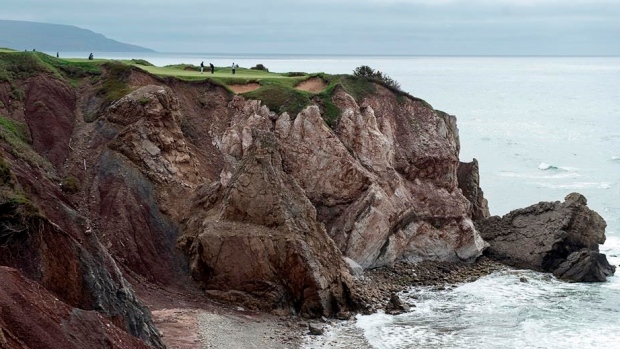 Golf courses across Canada may be up and running, but taking a trip to tee it up is still next to impossible.

While golfers flock to their local layouts in record numbers, those destinations that thrive on buddy trips, couples’ getaways and business outings are biding their time until pandemic-related restrictions are lifted.

With both provincial and national borders all but shut, travelling to play and stay is on hold. From British Columbia to Prince Edward Island, golfers from other parts of Canada and the world are in planning mode, getting ready for when they can get back to regular operation.

Golf tourism is a significant business in this country, with Canadians spending approximately $1.5 billion a year to take their clubs on the road. American and other international players add a healthy chunk on to that number.

It also provides jobs, ranging from on-course maintenance to food and beverage work to hotel opportunities. Those have been limited in the current situation with several locations saying they’re operating at about 20 per cent of their mid-season staffing totals.

While it might sound like doom and gloom, there’s still a lot of optimism from many of the country’s top destinations. It appears there is a pent-up demand to grab the clubs and take off, meaning when it’s possible to do so there could be a tidal wave of Canadian golfers heading to Canadian resorts.

“We keep getting inquiries,” said Mark McLane, head of Golf PEI, the consortium of the province’s courses. “From March 1 to April 30, our bookings were up. We’ll get two cancellations and then four bookings.”

Non-essential travel to Prince Edward Island is currently prohibited, meaning the courses are only for residents.

“Technically we’re closed for business,” said McLane. “But they’re looking to get here as soon we open.”

When the news came that a provincial order moving into the next phase of re-opening was to be announced last Friday, McLane’s phone started ringing again with hopeful golfers.

Although the announcement didn’t change the border regulations, there were 10 requests for golf packages from Ontario residents and another 10 from golfers in the U.S.

“One group of 24 guys from Stouffville (Ont.), wanted to book a trip and only one of them had ever been to Atlantic Canada before,” said McLane.

The majority of PEI’s golf visitors come from various parts of Canada. That’s not the case at one of the country’s leading golf destinations, Cabot Links in Inverness, N.S., where Americans make up 60 per cent of the guests. The two courses at the ocean-side facility, which both rank inside the top five in Canada by SCOREGolf, remain closed although maintenance crews are grooming them for opening, whenever that may come.

“I think we have 15 different operational plans depending on what happens,” said Andrew Alkenbrack, Cabot’s general manager. “When we reopen, we’ll just pick the one that fits.”

Some of the planning is a result of a group of higher-end destinations sharing ideas on regular calls. Operators at locations such as Bandon Dunes in Bandon, Pebble Beach, Fairmont Banff Springs and Sand Valley, have pooled their best practices to come up with ideas for golf in a pandemic. It details not only on-course procedures but those for food and beverage, lodging, travel and staff training.

In spite of the difficult times, the golfers who contact Cabot Links have high hopes of teeing it at some point this summer.

In Whistler, only local residents are playing golf at the area’s four courses, with the provincial government advising against travel within the province. The once-steady flow from Vancouver has slowed to a trickle while international travel is non-existent.

“We’re a world-class resort and by our very nature we rely on international visitors,” said Alan Kristmanson, the general manager and director of golf at the Whistler Golf Club. “It’s going to be a challenging summer but one thing we’ve done well is value the regional market, so we’ll make it up there.”

One of the issues Kristmanson faces is where to direct his marketing dollars. With border restrictions lifting in some areas and not in others, it’s tough to pick a target.

But as with other locations, there’s a sense in Whistler that Canadians trave​lling within Canada this year will do so in large numbers. They will go east-west more than they will north-south with the Canada-U.S. border likely shuttered for some time.

“People are tired of staying at home and they want to get out and travel,” stated Kristmanson. “For Canadians, there’s going to be great value out there too.”

There are some locations where stay-and-play opportunities exist currently. At Cobble Beach Golf Links in Kemble, Ont., the course on the shores of Georgian Bay has five cottages available for rent and demand has been high despite the facility’s other amenities being closed.

“You can see just how excited people are to get out and golf,” said Warren Thomas, the head golf professional. “The requests for the cottages have been non-stop.”

There are still lots of safety protocols in place both on the golf course and in the cottages, which are thoroughly sanitized after each guest leaves. The facility hopes to open its 20-room inn soon but is prioritizing safety over speed, preferring not to rush into that.

For right now, Cobble Beach and other resort destinations in Canada, are making the best of a tough situation.