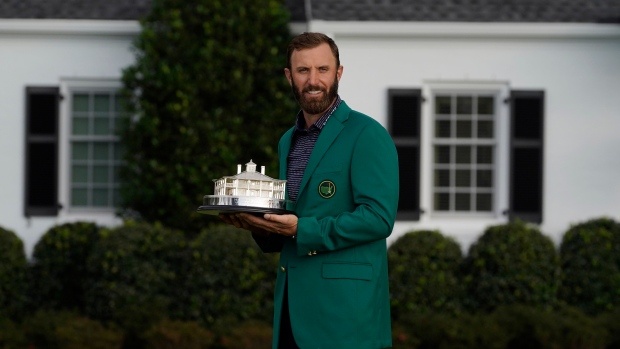 Over three strange and unbelievable days 10 months ago, the PGA Tour went from full speed to a sudden stop in a time lapse that could easily epitomize the sports world as a whole.

It seems a long time ago now, much longer than the actual passage of days and months on the calendar. Since then, golf has risen to be a bright spot in a time of darkness. It’s given us so much, just when we needed it most.

But as for how that started, stopped, and then started again?

On a warm Tuesday evening in March, just ahead of the start of the Players Championship, thousands gathered around the famed 17th hole at TPC Sawgrass to guzzle beer, dance and sing along to the Chainsmokers. No one thought about the virus that was starting its lethal spread. Masks? Those are for Halloween.

The next evening, the NBA halted play after positive tests but the PGA Tour nervously elected to play on, the first round going off Thursday morning with fans strolling along outside the ropes.

I walked around that morning and there was a noticeable pall over the crowd. There were still enough of the loud-mouthed overserved clowns to fill a circus tent, but for the most part, something was missing.

At noon, PGA Tour commissioner Jay Monahan, looking tired and worn, assembled the media to announce that golf would continue, but would do so without spectators. By nine o’clock that evening, however, that changed again, and golf joined the NBA, NHL and other leagues in stopping play.

The next morning, I was among many who stood cheek by jowl, oblivious then to social distancing or mask-wearing, scrumming golfers who came to collect their belongings from the clubhouse. Every player seemed stunned, a few seemed worried for what lay ahead.

“I just didn't know something like this was even possible,” said Justin Thomas.

The pace of pauses intensified. Mere moments after I chatted with Nick Taylor, word came down from Augusta National that the Masters, slated for three weeks later, would be postponed. Little did Taylor know that he and the other qualifiers would have to wait until November to play what is normally the year’s first major.

I left the course, returned to my hotel where there were more signs that things were changing fast. I noticed the front desk attendant washing the key cards in a bowl of dish soap. Down the hall, a woman was washing all the door knobs with bleach. Suddenly it became clear we were no longer in Kansas.

I quickly gathered my belongings and headed to the airport to fly home, one of the last TSN employees to come off the road. I normally travel 100 or more nights a year but haven’t been on a plane or in a hotel room since that day.

That Friday may have been the darkest of days for golf, the PGA Tour being last major sports organization to halt operations. The LPGA and European Tour halted as well, as did the Korn Ferry Tour. The Mackenzie Tour-PGA Tour Canada season was cancelled and both national championships, the RBC Canadian Open and the CP Women’s Open, were scratched off the calendar.

But a few months later, golf would prove to be a beacon for professional sports. Professional golf was the first to return to play.

It took a lot of buy in from all parties – especially local organizers and charities that had to forgo any ticket revenue – but in early June, in a time slot that in normal times would have gone to Canada’s national open, a tentative group of players, caddies, officials with just a sprinkling of volunteers resumed play at the Charles Schwab Challenge.

There were adjustments – no fans, no cheers, no stands or corporate boxes. It looked different. It felt different.

“There are some tournaments I’ve played for 20 years and I don’t know what’s behind the green on a lot of the holes,” said Jim Furyk, acknowledging the barren landscape on most courses.

There was also testing. A lot of testing. The tour players weren’t perfect but remarkably, only 24 positive tests were reported over the course of the season and there was no community spread among those on the tour.

Media learned to attend press conferences virtually with most of us, at one point or another, having to be reminded to unmute, after getting half-way through a question.

Three of the four majors went off, producing great stories. The TSN crew made it to the Masters, making the journey from Toronto to Augusta, Ga., in a bus.

It was the most unusual tournament I’ve covered in 30-plus years. With no fans, no stands and no ropes, it seemed as if we had just stumbled onto the Augusta National member-guest rather than one of golf’s grandest championships.

It was also easy to get disoriented, even if it was my 25th Masters. At one point I was walking towards the second green to catch up to Tiger Woods. About 300 yards from the green I stopped as I was in the eye line of the 15-time major winner as he prepared to putt. After a few moments, I realized I was standing in the middle of the eighth fairway, preventing a group on the tee from hitting.

Equally strange was Dustin Johnson’s final putt on the 72nd hole. When he tapped in to clinch matters, not even waiting for playing partner Sung Jae Im to finish out first, the ovation that followed from the 300 or so people around the green could only be described as a smattering.

Tournament golf provided relief to those who wanted something to distract them from the misery playing out in the real world but that was only part of golf’s salve. Recreational golf boomed as one of the few safe activities left in a world of quarantines.

Canadians played more golf than ever before, even after a late start in most parts of the country. At the end of May, the National Golf Course Owners Association said the number of rounds played in Canada was down 25 per cent over the previous year. By early September, that number was 10 per cent on the positive side and the final numbers are expected to be at all-time highs.

Getting a spot on the tee sheet meant precision timing when the online booking system turned on. Missing it by just a minute or two could mean sitting out as this year, there were more golfers than openings.

The new era of golf came with new procedures that seemed odd at first: one per cart, Pin Caddys and a few pool noodles, no ball washers or water fountains, and well-spaced tee times, which usually meant fast rounds.

Although round revenues soared, not all was positive. Clubs lost on food and beverage, as well as event revenue. Destination golf was hurt significantly by closed borders, with some facilities reportedly losing millions.

Still, golf was a tonic for shuts-ins tired of Netflix and Zoom calls. On Twitter I asked Canadians what golf meant to them this year and the comebacks were about relief, a mental break, exercise and time together with friends and family.

I was one of those who played more golf in one year than I have since I finished school. In addition to weekend rounds with pals, I had a standing time late on Monday afternoons to play with my father, who is 88 and still swinging pure and sweet. It was nine holes of golf, but it was about so much more. It was a chance to connect, and talk, and laugh. He saved the best laugh for the one time he beat me straight up, which made me smile as much as him.

Who knows what the world will look like when most of the courses open again? Let’s hope that whenever it comes back to some sense of normalcy, we remember what golf gave us and cherish it forever.