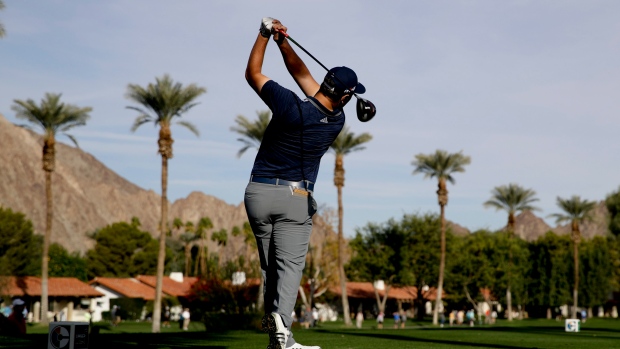 Longer golf courses and how far players are hitting the golf ball are a problem.

That was the finding of a report issued on Tuesday by the R&A and United States Golf Association, the two governing bodies declared as the most comprehensive in the game’s history.

But this document seems to indicate a line in the sand, even if a tidal wave has already hit that beach. Just like many disorders, admitting there’s a problem is the first step.

“This is not about the last few years or the next few years but rather about the long-term future of the game,” said Mike Davis, chief executive officer of the USGA.

“We believe we have reached a pivotal moment in golf,” said Martin Slumbers, chief executive of the R&A.

Yes, the two men who head up the organizations charged with looking after golf are admitting, finally, that the game is in trouble.

Give them credit for also acknowledging that while it hasn’t been entirely their fault, they’ve been asleep at the switch as the length debate train rumbled on through. They are accepting the majority of responsibility and are now ready to move ahead.

Titled the Distance Insight Project, the report delivered “comprehensive research and analysis on the contributors to, and long-term impacts of, hitting distance in golf.”

The findings, which were compiled with input from a wide variety of stakeholders including equipment manufacturers, recreational and elite players, golf course architects, superintendents, course owners and governing bodies, don’t point the blame in any single direction. This has been a big group effort.

It also charges that the effects on the game are widespread. The distance gains, which have reportedly been going on for 100 years, have led to some courses becoming obsolete, increased the time it takes to play and lessened the variety of shots required to play the game. The gains have also required courses to use more water, fertilizer, man power and acreage.

Furthermore, it says too many golfers are playing from tees ill-suited to their skills and that too many courses don’t offer tees that are suitable for shorter hitters.

In other words, you can only play it forward if there is a forward.

What this Distance Insight Project doesn’t do is offer up any solutions. Not yet, anyway.

The next steps will be to see where the stakeholders can staunch the flow, and that will start with equipment. It might mean new rules for manufacturers, including possibly dialing back current standards.

It also could mean allowing local rules that would give tournaments the option to introduce a limited-flight tournament ball (Hello, is this Augusta National?).

To be sure, there are no easy solutions and a rush to find one would be a mistake.

The R&A and USGA expect to take another year before issuing some solutions that might break the game out of this wormhole of distance. There’s little doubt that year will go a long way in determining golf’s future.