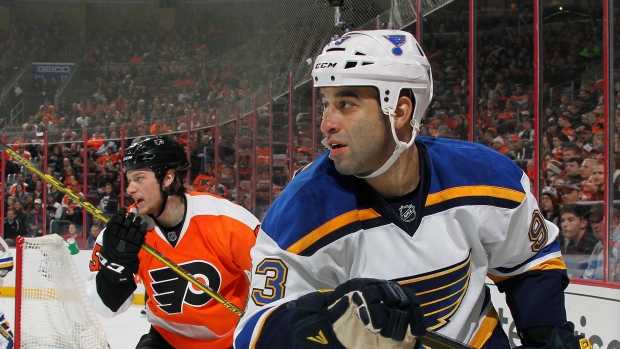 Scott Gomez is calling it a career.

Gomez, 36, played in a combined 33 games last season for the St. Louis Blues and Ottawa Senators, scoring once and adding eight assists.

A native of Anchorage, Alaska, Gomez was originally taken with the 27th-overall pick of the 1998 NHL Entry Draft by the New Jersey Devils out of the Tri-City Americans of the Western Hockey League. Gomez would go on to play his first seven seasons with the Devils, claiming the Calder Memorial Trophy as the league's top rookie in 2000 and Stanley Cups in 2000 and 2003.

Gomez would also go on to play for the New York Rangers, Montreal Canadiens, San Jose Sharks and Florida Panthers. His best season offensively came in 2005-2006, when he scored 33 goals and had 51 assists.

An All-Star in 2007-2008, Gomez also represented the United States internationally on several occasions, including as a member of the 2006 Torino Olympics team.