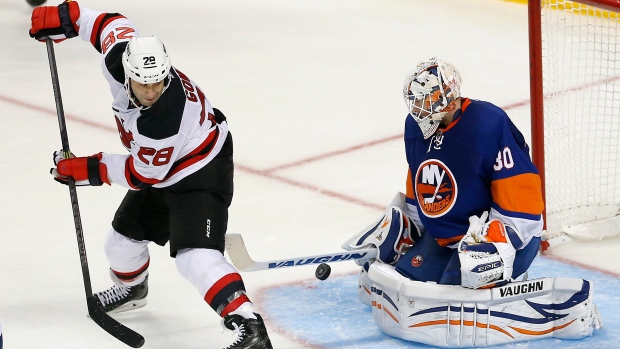 The 34-year-old Gomez, who won two Stanley Cup titles and played seven seasons in his first tenure with New Jersey, is back with the Devils following stints with the New York Rangers, Montreal, San Jose and Florida.

Gomez, who returned to the Devils on a tryout deal, scored the first of his two power-play goals with 29 seconds left in the opening period. He netted the other three minutes into the second. Both were scored off rebounds.

Damien Brunner assisted on both goals, and Scott Clemmensen made 15 saves. Marek Zidlicky had one assist and added an empty-net goal with 43 seconds left.

Taylor Leier scored a short-handed goal, and Rob Zepp made 39 saves for the Flyers, who were outshot 42-16 overall and 22-5 in the second period.