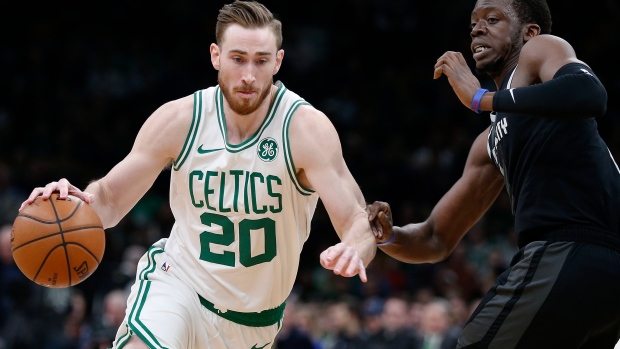 Boston Celtics forward Gordon Hayward told ESPN's Tim Bomtemps he will leave the NBA's bubble in Orlando for the birth of his fourth child.

"There'll be a time if and when we're down there and she's going to have the baby, I'm for sure going to be with her," Hayward said. "We'll have to cross that bridge when we get there."

In 45 games so far this season, Hayward is averaging 17.3 points per game to go along with 6.5 rebounds and 4.1 assists.

The NBA is planning to restart their 2019-20 schedule on July 30 at Disney World in Orlando.