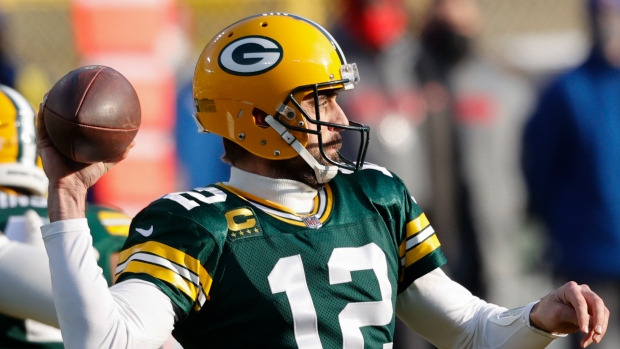 “We’re not idiots,” Murphy told The 5th Quarter Show on WNFL in Green Bay. “Aaron Rodgers will be back. He’s our leader.”

Rodgers created a stir in his postgame comments after the Packers lost 31-26 to the Tampa Bay Buccaneers in the NFC Championship on Sunday. He had referred to his future as a "beautiful mystery" leading into the game.

"[The Packers have] a lot of guys' futures that are uncertain – myself included," Rodgers said after Sunday's loss, his fourth career defeat in the NFC Championship. "That's what's sad about it, most, getting this far. Obviously, it's going to be an end at some point, whether we make it past this one or not, but just the uncertainty's tough and finality of it all."

The 37-year-old is a heavy favourite to claim his third career NFL MVP trophy this year, but his future in Titletown has been in doubt since the Packers traded up to select quarterback Jordan Love in the first round of the 2020 NFL Draft.

Packers coach Matt LaFleur made it clear after Sunday's loss that he wanted Rodgers back in green and yellow next season.

"I sure as hell hope so," LaFleur said. "I mean, the guy's the MVP of this league. He's the heart and soul of our football team. So, hell yeah, he better be back here. He's our leader, and you know, just so appreciative of him buying into what we're trying to get done around here and leading that group. His voice carries a lot of weight in that locker room and just, you know, I feel for him. Him being in this situation and for us not to get it done, man, it hurts."

-Canadian Press files were used in this report.