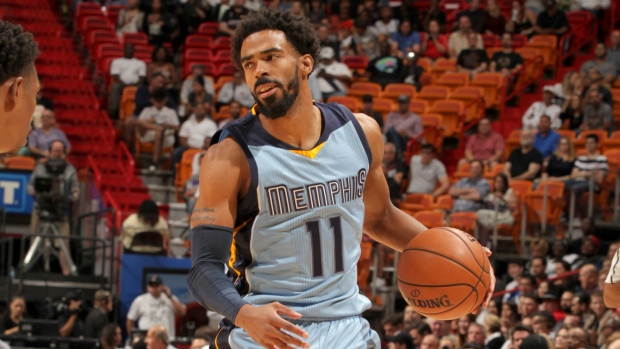 MEMPHIS, Tenn. — Memphis Grizzlies guard Mike Conley will return to action Friday night against the Sacramento Kings, less than three weeks after he broke bones in his lower back.

Conley was expected to miss at least six weeks after being injured Nov. 28 against Charlotte. Instead, he was out nine games in which Memphis went 7-2.

After pregame shooting before taking on the Kings, Conley said he felt fine.

"I just need to go out and be able to test it in a real game," he said.

Conley, who signed a five-year, $153 million contract in July, was hurt while taking a charge from Michael Kidd-Gilchrist.

Conley said once medical personnel told him it was a matter of pain tolerance, he knew he would return sooner than initially predicted.

Conley was uncertain about how much he would play against the Kings.

The Grizzlies said forwards James Ennis III and Chandler Parsons were doubtful to play Friday. The team said Parsons would be activated against the Kings, but not play.

Ennis has an injured right calf that has kept him out since he strained it Nov. 21.

Parsons, the Grizzlies' top free agent signee this off-season, has played only six games for Memphis. He has a bone bruise in his left knee.