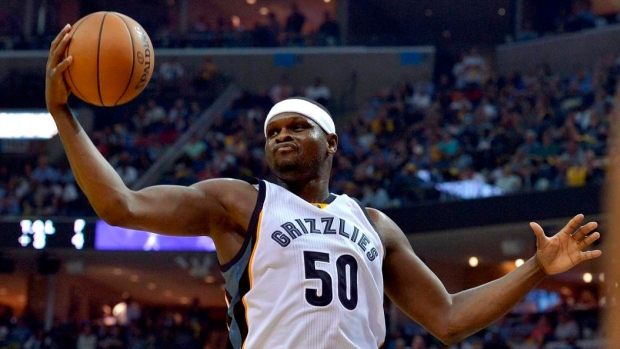 MEMPHIS, Tenn. — The Memphis Grizzlies are planning to retire the No. 50 jersey worn by Zach Randolph, who is leaving the team after eight seasons to sign with the Sacramento Kings.

In a tweet on the Grizzlies' official account , majority owner Robert Pera says that No. 50 "will never be worn by another member of the Memphis Grizzlies." Pera also thanks Randolph for helping "turn a lottery team into a perennial playoff contender" and helping "make a basketball team a model of community service."

Randolph, a free agent, is joining former Grizzlies coach Dave Joerger at Sacramento. He agreed to a two-year, $24 million deal.

Randolph, who helped Memphis earn seven straight playoff appearances , will become the first player to have his number retired by the Grizzlies.