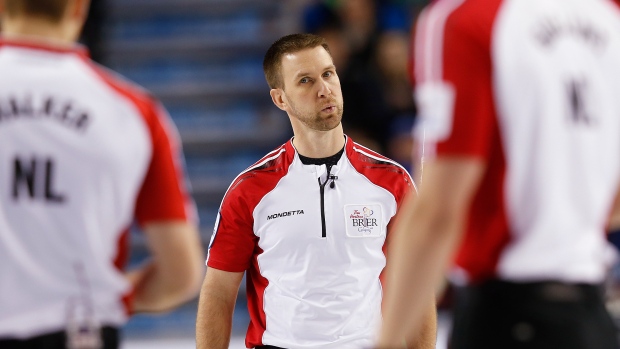 Brad Gushue will be sidelined for the foreseeable future with a hip/groin injury, the skip announced on his team's Facebook page Thursday.

The 36-year-old native of St. John's went to Toronto to see a specialist where he discovered he didn't need surgery, just more time to recover.

Adam Spencer, who helped out Glenn Howard at last year's Brier, is filling in this weekend at the Stu Sells Oakville Tankard. He'll play vice while Mark Nichols will be bumped up to skip. Lead Geoff Walker and second Brett Gallant will continue to play front end. Charley Thomas will be the replacement at next week's Shorty Jenkins Classic in Cornwall.

"As soon as I am ready to play, you will be the first to know," said Gushue in the post.

This is a big year for the 2006 Olympic gold medalist as his hometown of St. John's is hosting the Tim Hortons Brier in March. Winning his first Canadian championship in St. John's would be a career-defining moment for Gushue, so being 100 per cent healthy when the curling season heats up in a few months is crucial.