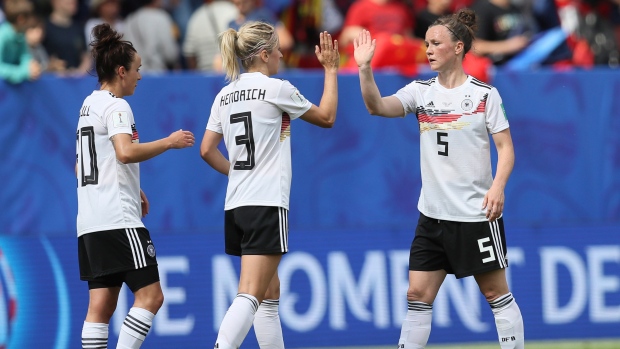 Gwinn's powerful 66th-minute shot from the edge of the penalty area flew into the left corner. The ball fell to her after Chinese defenders failed to properly clear a corner floated in from the right.

In an even first half at Roazhon Park, in the Brittany city of Rennes, Germany defender Carolin Simon hit the crossbar and China striker Yang Li hit the post.

China failed to take advantage of pressure it created in the second half.

Germany won its last title in 2007 and next faces South Africa in Group B on June 17 in the southern city of Montpellier.

China, runner-up to the United States in 1999, plays Spain the same day in the northern port city of Le Havre.