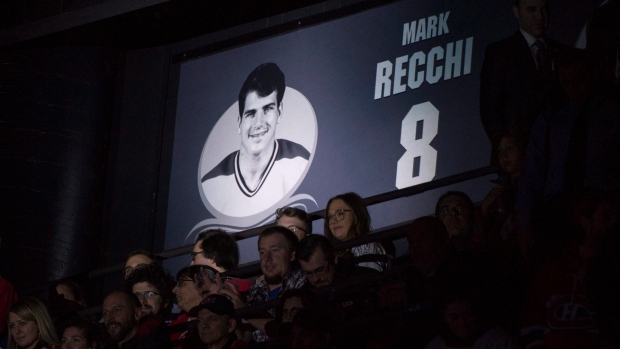 MONTREAL — The Canadiens paid pre-game tribute to Mark Recchi for his induction into the Hockey Hall of Fame.

His name, picture and No. 8 were added to the ring of honour on the walls of the Bell Centre.

His picture will go up in the dressing room with the team's 47 other Hall of Fame players, who include greats like Maurice (Rocket) Richard, Jean Beliveau and Guy Lafleur.

Recchi scored 120 goals in 346 games in five seasons as a Canadien in the 1990s. To get one's picture on the dressing room wall, a Hall of Fame player must have played at least 210 games for Montreal.