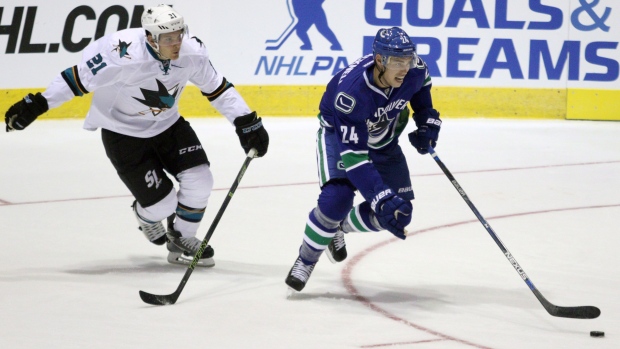 The Montreal Canadiens have cquired forward Adam Cracknell from the New York Rangers in exchange for forward Peter Holland.

Cracknell, who was playing with the AHL's Hartford Wolf Pack, will report to the Laval Rocket. He owns two goals and one assist in 15 games with the Wolf Pack this season.

The 32-year-old was held without a point in four games with the Rangers this season.

Holland, 26, has spent the entire season with the Rocket, posting eight goals and 18 points in 20 games with the AHL club.

He appeared in 48 games last season with the Arizona Coyotes and Toronto Maple Leafs, posting five goals and 12 points.

The 2009 first-round pick of the Anaheim Ducks appeared in a career-high 65 games with the Maple Leafs during the 2015-16 season and scored nine goals with 18 assists.