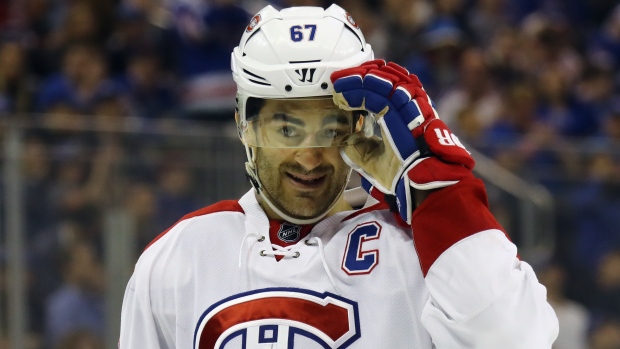 Montreal Canadiens captain Max Pacioretty has had his name thrown around in trade rumours since before last season’s trade deadline. And while the 29-year-old is still dealing with the “noise” just one week ahead of training camp, he said he never requested a move out of town.

“There’s no truth to that,” Pacioretty told Off the Cuff with Chris Nilan on TSN 690 Friday when asked if he asked to leave the Habs last February. “And I can confidently say that. Things come out in Montreal, especially in the summer. There’s going to be stories and it is what it is and we can’t control that.”

Pacioretty said he knows rumours and speculation comes with playing in Montreal, especially since he’s entering the final year of a six-year deal that will pay him $4.5 million this season.

“It’s not the first time something has come up that has been disappointing but it comes with the territory,” Pacioretty told TSN 690. “I know that being the captain of the Habs, given the season that we had, my contract position right now, I know that this is what’s going to come out.”

While Pacioretty repeated that he has no plans to negotiate a new deal once the season begins, he affirmed his fondness for Montreal.

Nilan also asked Pacioretty if he would consider vacating the captaincy. The veteran winger said he doesn’t think it would come up if the team still wants him around.

“I’m not sure. I’m really not. I think whatever’s best for the team. If I’m here, in terms of their plans, I don’t see a case for that right now in my mind. That’s not to say that it wouldn’t change down the road.”