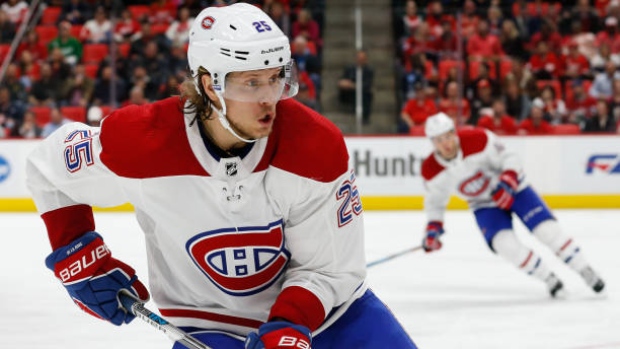 The 23-year-old Swede didn't suit up for any of Montreal's opening five games of the 2018-19 season. While he was ruled out for the Canadiens season opener after suffering a cardiac episode following a pre-season game, he had been cleared to return to action and was practising with the team.

The move is not surprising as playing time has been hard to come by for Montreal's on-the-bubble forwards after 18-year-old Finn Jesperi Kotkaniemi made the team out of training camp. Kotkaniemi has appeared in all five of Montreal's games, while recent acquisition Matthew Peca has suited up for four contests.

De la Rose was selected in the second round, 34th overall, at the 2013 draft. He has eight goals and 11 assists in 119 career games with Montreal.