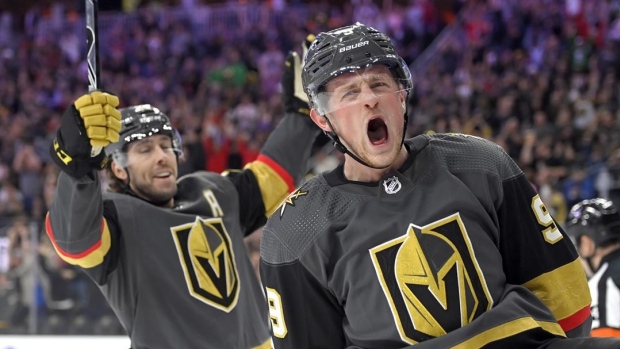 Montreal Canadiens goaltender Carey Price and Vegas Golden Knights centre Jack Eichel are among the 32 nominees for the 2022 Bill Masterton Memorial Trophy, awarded annually to the NHL player who “best exemplifies the qualities of perseverance, sportsmanship and dedication.”

Price, 34, underwent off-season knee surgery, and in October he entered the NHLPA/NHL player assistance program. After exiting the program, Price continued to rehab his knee and dealt with numerous setbacks. He played his first game of the season on April 15.

Eichel had an 11-month absence from the game that included a trade from Buffalo to Vegas and getting a neck surgery never performed on an NHL player. After receiving artificial disc replacement surgery, he returned to the ice with 12 goals and 21 points in 31 games.

Other notable nominees from around the league include Anaheim Ducks captain Ryan Getzlaf and St. Louis Blues winger Vladimir Tarasenko.

Getzlaf announced on April 5 that the 2021-22 campaign is his last as he wraps up his 17-year NHL career. He became the Ducks’ all-time leading scorer and reached 1,000 career points this season.

Tarasenko played a combined 34 games between 2019 and 2021 and had three separate shoulder surgeries in a 28-month span. He returned this season with 33 goals and 80 points in 72 games.