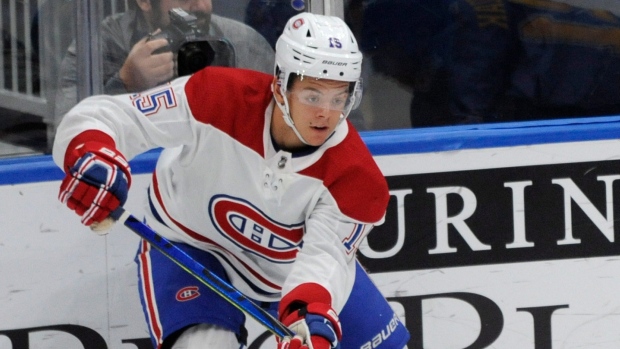 The Laval Rocket announced on Wednesday that centre Jesperi Kotkaniemi is out for the rest of the season after suffering a splenic injury during a game against the Cleveland Monsters last week.

The Montreal Canadiens prospect suffered the injury after taking a hit from Brett Gallant in the first period of a 5-1 Rocket win on Friday.

Picked third overall by the Habs in the 2018 NHL draft, Kotkaniemi was sent down to Laval after he had six goals and two assists in 36 games with Montreal this season.

With Laval, the six-foot-two, 198-pound Finnish centre had one goal and 12 assists in 13 games.

Kotkaniemi cracked the Habs' roster in his draft year, producing 11 goals and 23 assists in 79 games.