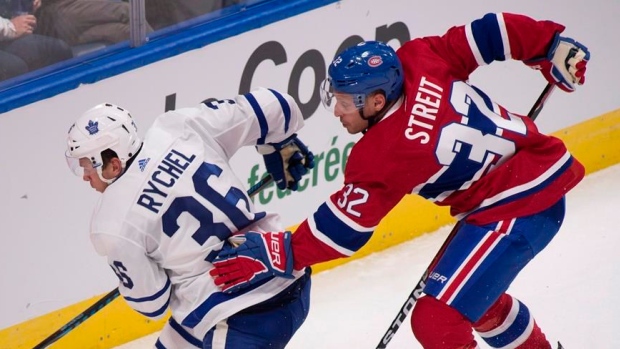 A person with direct knowledge of the situation says the Montreal Canadiens have placed defenceman Mark Streit on unconditional waivers to terminate his contract.

The person spoke to The Associated Press on condition of anonymity Sunday because the Canadiens did not announce the move. Streit cleared regular waivers last week, but did not report to the minors.

Streit, 39, could return to his native Switzerland to play and prepare for the Olympics once his contract is terminated. Montreal signed him to a $700,000, one-year deal with performance bonuses in the off-season.

The veteran played in just two games for the Canadiens before being put on waivers. Streit has 96 goals and 338 assists for 434 points in 786 regular-season games with the Canadiens, New York Islanders, Philadelphia Flyers and Pittsburgh Penguins.