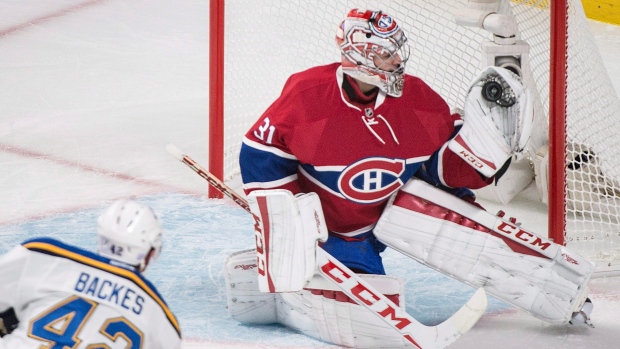 MONTREAL - The Montreal Canadiens say star goaltender Carey Price is not ready to return to the ice as he continues to recover from a lower-body injury.

Price has been out of action since leaving in the second period of Montreal's Nov. 25 game in New York. The Canadiens said Price would be out a minimum of six weeks when initially announcing the injury on Nov. 30, which would have placed his return at sometime next week. That now seems unlikely.

Montreal has struggled without its star goaltender, going 5-11-1 in Price's absence.

Recently acquired goaltender Ben Scrivens will start for Montreal on Tuesday at Philadelphia.