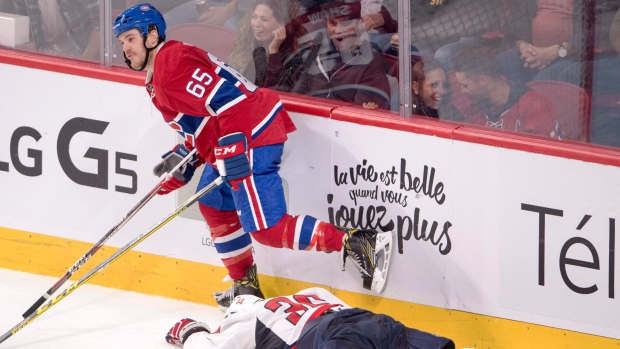 Shaw hit Hobbs into the glass from behind Tuesday during his first preseason game with the Canadiens and was given a major penalty for boarding and a game misconduct.

As a result of not being suspended for any regular-season games, Shaw will not lose any pay as part of the suspension.

The former Chicago Blackhawks agitator has been suspended once during his NHL career before this incident.

Patrick Burke of the department of player safety says Shaw saw Hobbs' numbers all the way and the onus was on him to make a clean hit, reduce force or avoid contact.

Hobbs was treated but completed the game, which contributed to the NHL's decision.