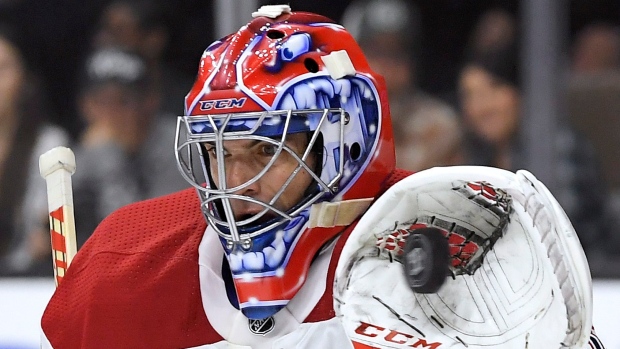 MONTREAL — The Montreal Canadiens have sent goaltender Al Montoya to the Edmonton Oilers in exchange for a conditional draft pick in 2018. The pick becomes a fourth-round selection if he plays in seven games or more, otheriwse it will be a fifth-rounder, TSN's Pierre LeBrun reports.

Fifth round pick becomes a fourth if he plays in seven games or more for Edmonton https://t.co/Riw86Mvw12

Montreal announced the deal Thursday night shortly after defeating the Tampa Bay Lightning 2-1 in a shootout.

The 32-year-old Montoya, who hasn't played since suffering a concussion on Nov. 4 in Winnipeg, dressed in four games this season for Montreal. He posted a 2-1-0 record with a 3.77 goals-against average and an .863 save percentage.

Montoya has appeared in 159 career games with the Canadiens, Florida Panthers, Winnipeg Jets, New York Islanders and the Phoenix Coyotes, with a 65-47-22 record, a 2.63 goals-against average and a .908 save percentage, along with seven shutout