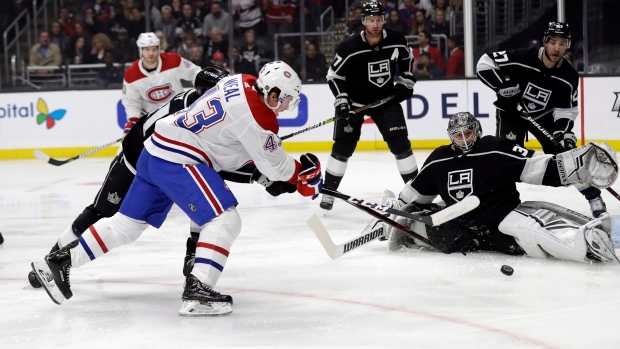 The Montreal Canadiens have agreed to terms with forward Jordan Weal on a two-year deal with a cap hit of $1.4 million, the team announced Friday.

Canadiens agree to terms on a two-year contract with forward Jordan Weal.

Weal, acquired by the Canadiens at the trade deadline this season from the Arizona Coyotes for forward Michael Chaput, posted four goals and 10 points in 16 games upon joining Montreal. He scored a total of eight goals and 21 points in 53 games this season with the Philadelphia Flyers, Coyotes and Canadiens. He was scheduled to become an unrestricted free agent

The Canadiens have already extended trade deadline pickups Christian Folin and Nate Thompson, both on one-year deals, since the season ended. Before Friday's deal, Weal was one of three pending UFAs left on the roster, along with Antti Niemi and Jordie Benn. General manager Marc Bergevin said at his season-ending news conference that Niemi, the team's backup goaltender, would not be re-signed.