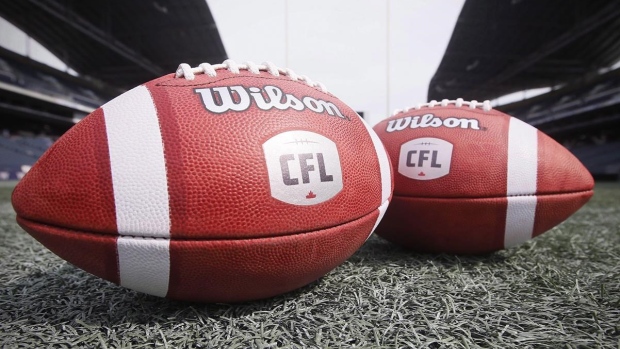 HALIFAX — Anthony LeBlanc isn't placing too much emphasis on Sunday's Touchdown Atlantic game in Moncton, N.B., saying its perceived success or failure will ultimately have little bearing on his group's attempt to land a CFL franchise in Halifax.

The co-founder of Schooners Sports and Entertainment is downplaying any suggestions that a low turnout to watch the Montreal Alouettes battle the Toronto Argonauts will have a negative effect on the group's ultimate goal.

"The long-term aspirations that we have are kind of irrelevant to this game," LeBlanc said in an interview.

"What we are looking at from this game is to have an opportunity for people who haven't been to a CFL game yet ... to go see what this exciting sport is all about."

Just how many people will take that opportunity was still an open question earlier this week, with reports of lagging ticket sales for the afternoon matchup at Croix-Bleue Medavie Stadium on the campus of the University of Moncton.

However, LeBlanc expressed confidence in an interview Wednesday that the stadium, which holds a little over 10,000 in permanent seats, will be close to full by kickoff.

"I feel comfortable based on the numbers that I have seen to date that we'll get there," he said, although he wasn't able to provide a solid number for ticket sales.

"We have a few thousand tickets left," he said. "I think we are in the seven or eight thousand range that have been sold to date."

Halifax Mayor Mike Savage won't be among those going to the game, and there will be no official delegation from Halifax city hall despite invitations from organizers.

For Savage, what happens in the immediate future is more of a concern. He said he and regional council need to see a formal business case.

"It's been a long time coming, and we need to see the business case before we know what happens," said Savage. "I wouldn't say it (the game) has no bearing, but I don't think that you would want to overstate the importance of one game on the overall business case of a potential franchise."

David Hendsbee, a member of Halifax council, also thinks the game isn't overly important in terms of the bigger picture, but he believes LeBlanc's group has lost momentum with potential fans in the city since its first publicity blitz last November.

"There was a buzz and great anticipation when it was first announced, but now it's become a wait-and-see game," Hendsbee said.

LeBlanc said the business case, which he initially promised last December, will finally be given to Halifax's chief administrative officer, Jacques Dube, by the end of August.

The delay has only been one bump in the road for Schooners Sports and Entertainment, which includes former Arizona Coyotes co-owners LeBlanc and Gary Drummond along with Bruce Bowser, president of AMJ Campbell Van Lines.

Another has been the stadium proposal, which initially called for a facility to be built on federal lands at Shannon Park in the north end of Dartmouth at a cost of between $170 and $190 million.

Although a letter of intent has been signed with federal Crown corporation Canada Lands Company, the Schooners group announced in April that it was scaling back in favour of a $130-million facility that could be expanded in the future.

LeBlanc also announced earlier this summer that a plan that would see a potential CFL franchise play in Moncton next year while a stadium was built in Halifax would be pushed back to 2021.

Given that, he doesn't dispute that the project needs a reset. LeBlanc points out that it took the CFL ownership group in Ottawa seven years before it was able to field the Redblacks in 2014.

"I've been my worst enemy in putting out unnecessary timelines, he said. "These things never work at a pace that you want them to. But I am very confident that once we deliver the package to Halifax regional municipal staff, people will see that this is real."

Regardless, Savage said any final decision is far from imminent.

"There is an appetite for sports in this city, but this would be a big play, and we haven't really got to the first step yet, which is to look at the (business) case," he said.

Sunday's game will be the fourth CFL regular-season contest in Moncton, but the first since 2013.