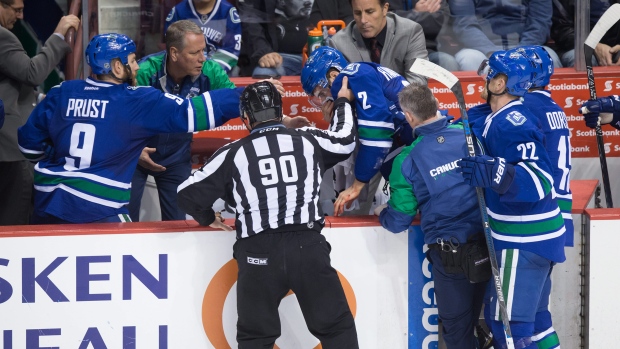 Vancouver Canucks defenceman Dan Hamhuis was rushed to hospital after taking a puck to the face in the third period of Wednesday's win over the New York Rangers.

"He took the shot in the mouth, just on the upper part of his mouth and lost some teeth," Canucks head coach Willie Desjardins said.

"It's scary. It's a hard thing to take. He'll suffer with that for a little while."

With under eight minutes to go in the third period, the veteran defenceman took a puck in the face from close range off the stick of New York's Dan Boyle . He laid on the ice for a few seconds before leaving a trail of blood on his way to the locker room.

Hamhuis was expected to spend the night in hospital.